David Soll is Assistant Professor in the Watershed Institute for Collaborative Environmental Studies at the University of Wisconsin–Eau Claire. 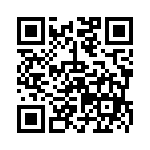