EICHMANN IN JERUSALEM: A Report On The Banality Of Evil

Hannah Arendt's superb study of Adolf Eichmann operates on a three-pronged front: as a legalistic clearing ground (the Israeli-or-International Court controversy; the relation to the Nuremberg and ... Vollständige Rezension lesen

A litle too expensive but this is an important film. Vollständige Rezension lesen

Hannah Arendt (1906-1975) was University Professor of political philosophy in the graduate Faculty of the New School for Social Research, a visiting professor at several universities including California, Princeton, Columbia, and Chicago, a research director of the Conference on Jewish Relations, the chief editor of Schocken Books, and the executive director of Jewish Cultural Reconstruction in New York City. She was awarded a Guggenheim Fellowship in 1952, and an Arts and Letters Grant of the National Institute of Arts and Letters in 1954. She is also the author of On Revolution and Between Past and Future, which are available from Penguin Classics along with The Portable Hannah Arendt.

Amos Elon (1926–2009) was born in Vienna, Austria, and spent most of his adult life in Jerusalem. A frequent essayist, lecture, and critic who was well known for his articles in The New Yorker and The New York Review of Books, he is the author of such bestselling works as The Israelis, Flight into Egypt, Founder, Herzel, and The Pity of It All: A Portrait of the German-Jewish Epoch. 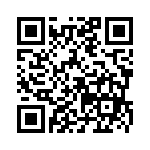