Richard Markovits, the John B. Connally Chair in Law at the University of Texas, has a Ph.D. in economics (London School of Economics) and an L.L.B. (Yale University). Markovits has taught in the law or economics faculties of six U.S., two U.K. and 5 German universities. From 1981-83, he was Co-Director of the Centre for Socio-Legal Studies at Oxford. He has also been a panelist for the U.S. NSF and the U.K. SSRC Economics Affairs Committee, a Guggenheim Fellow and a Fellow of the Wissenschaftskolleg zu Berlin. Markovits has published 58 articles and two books – Matters of Principle (on jurisrprudence and constitutional law) (NYU, 2000) and Truth or Economics (on theoretical and applied welfare economics) (Yale, 2008). 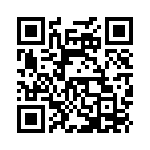