Wolfgang Ernst is professor and chair at the Institute for Musicology and Media Studies at Humboldt University, Berlin. He is the author of several books, including M.edium F.oucault, Das Rumoren der Archive, and Das Gesetz des Gedächtnisses. His writings have appeared in English in several journals and publications.

Jussi Parikka is reader in media and design at the Winchester School of Art (UK) and adjunct professor at the University of Turku in Finland. His books include Insect Media (Minnesota, 2010) and What Is Media Archaeology? 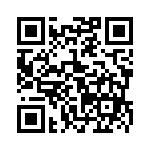