Claude Lefort was a French philosopher and activist. He was politically active by 1942 under the influence of his tutor, the phenomenologist Maurice Merleau-Ponty. By 1943 he was organising a faction of the Trotskyist Parti Communiste Internationaliste at the Lycée Henri-IV in Paris. David Macey was an English translator and intellectual historian of the French left. He translated around sixty books from French to English, and wrote biographical studies of Jacques Lacan, Michel Foucault and Frantz Fanon. 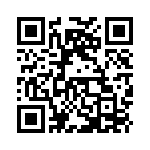