James Bohman is Danforth Professor of Philosophy at Saint Louis University. He is the author, editor, or translator of many books. 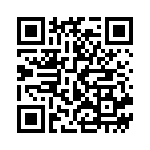