Alan Robinson has authored or coauthored seven books and more than sixty articles. His book Corporate Creativity, coauthored with Sam Stern, was a finalist for the Financial Times/Booz Allen & Hamilton Global Best Business Book Award, and it was named "Book of the Year" by the Academy of Human Resource Management. He has a PhD from the Whiting School of Engineering at the Johns Hopkins University and a BA/MA in mathematics from the University of Cambridge. He teaches at the Isenberg School of Management at the University of Massachusetts at Amherst.
Sam Stern, coauthor of Corporate Creativity, is a Professor of Education at Oregon State University. He has also taught in the Department of Economics at Harvard University, at the Athens Laboratory of Business Administration in Greece, and at the Tokyo Institute of Technology. While in Japan he served for two years as the Japan Management Association Professor of Creativity Development and led a research team in a study of creativity in some two hundred Japanese companies. He also serves as an advisor on creativity to organizations in the U.S. Japan, and other countries. 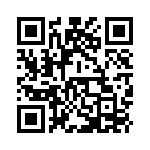