This is a good, readable coverage of best practices associated with continuous integration. CI is one of the fundamental underpinnings of group software development with any kind of reliability -- not ... Vollständige Rezension lesen

Paul Duvall is the CEO of Stelligent, a firm that helps clients create production-ready software every day. A featured speaker at many leading software conferences, he has worked in virtually every role on software projects: developer, project manager, architect, and tester. He is the principal author of Continuous Integration: Improving Software Quality and Reducing Risk (Addison-Wesley, 2007), a 2008 Jolt Award Winner. Paul contributed to the UML 2 Toolkit (Wiley, 2003), writes a series for IBM developerWorks called Automation for the people, and contributed a chapter to No Fluff Just Stuff Anthology: The 2007 Edition (Pragmatic Programmers, 2007). He is passionate about automating software development and release processes and actively blogs on IntegrateButton.com and TestEarly.com.

Stephen M. Matyas III is vice president of AutomateIT, a service branch of 5AM Solutions. He has a varied background in applied software engineering, with much of his professional, hands-on experience being in the areas of enterprise Java and custom software development and services.

Andrew Glover, president of Stelligent Incorporated, is a frequent speaker at conferences throughout North America, as well as author and coauthor of many books and online articles. 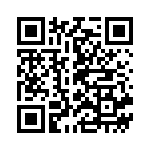