Robert Schwartzwald: Robert Schwartzwald is a Professor at the Université de Montréal. He has written extensively on Quebec literature and film, with a particular focus on the representations of sexuality in narratives of national and cultural modernity. 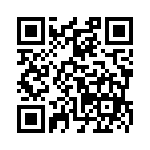