Allan Griffin works in theoretical condensed matter theory and is Professor Emeritus of Physics at the University of Toronto. He received his BSc (1960) and MSc (1961) from the University of British Columbia, and his PhD at Cornell University (1965). Dr Griffin has spent research sabbaticals at the KFA Julich (Germany), the Institut Laue-Langevin in Grenoble (France), Kyoto University (Japan), the University of Trento (Italy) and was a JILA Fellow at the University of Colorado (USA). His research has been on superfluid He4, superconductivity and theory of ultracold atoms. He has been a short-term visiting professor at the ANU in Canberra (Australia), the Collčge de France in Paris, and the University of Otago (New Zealand). Dr Griffin is a Fellow of the Royal Society of Canada (2003), a Fellow of the American Physical Society (2004), and received the Bronze Medal from the Collčge de France (2001). He is the author of a monograph on Bose liquids (1993) and the editor of a well-known book on Bose-Einstein condensation (1995), both published by Cambridge University Press. 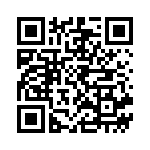