Daniela Huber is Senior Fellow at IAI. She holds a Ph.D. from the Hebrew University of Jerusalem and an M.A. degree in International Relations from the Free University of Berlin. She has worked for the Friedrich Ebert Foundation in Tel Aviv and Berlin and as a Carlo Schmid Fellow at the United Nations in Copenhagen. Her research interests include EU and US foreign policies in the Middle East and North Africa, democracy promotion and democratization, the European neighbourhood, and Israel/Palestine.

Lorenzo Kamel is a Middle East Historian at Bologna University and a Research Fellow (2013/14 and 2014/15) at Harvard University's Center for Middle Eastern Studies. He authored four books on Middle Eastern affairs, including 'Imperial Perceptions of Palestine: British Influence and Power in Late Ottoman Times' (I.B. Tauris 2015). 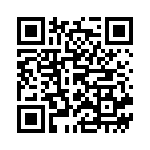