Follow food writer Edge, whose work has been featured in Gourmet and Saveur magazines, as he eats his way across the United States in a charming new series that "celebrates America's iconic foods ... Vollständige Rezension lesen

John T. Edge, whose work has appeared in Gourmet and Saveur and has been featured in Best Food Writing for the last three years, is also the director of the Southern Foodways Alliance at the University of Mississippi. His many books include the James Beard Award- nominated cookbook A Gracious Plenty, and he is a finalist for the 2004 M.F.K. Fisher Distinguished Writing Award from the James Beard Foundation. 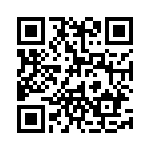