Rachel Carson was born on May 27, 1907 in Springdale, Pennsylvania. She received a B.A. from the Pennsylvania College for Women in 1929 and an M.A. from Johns Hopkins University in 1932. After undertaking postgraduate work at the Woods Hole Marine Biological Laboratory, she assumed a position as staff biologist at the University of Maryland in 1931. Five years later, she was appointed aquatic biologist in the U.S. Bureau of Fisheries, which later became the Fish and Wildlife Service, and became editor-in-chief of its publications in 1949. Her first book, Under the Sea Wind, was published in 1941. Her next book, The Sea Around Us, won the National Book Award. With her increased success as a writer, she resigned from her position with the Fish and Wildlife Service in 1952 to devote all her time to writing. Her other works included The Edge of the Sea and Silent Spring. She received many honors including the John Burroughs Medal from the John Burroughs Memorial Association; the Frances K. Hutchinson Medal of the Garden Clubs of America; the Distinguished Service Award of the U.S. Department of Interior; the Audubon Medal of the National Audubon Society; the gold medal of the New York Zoological Society; and the conservationist of the year award from the National Wildlife Federation. She died of cancer on April 14, 1964. In 1969 the U.S. Department of the Interior named the Rachel Carson National Wildlife Refuge in Maine in her honor. 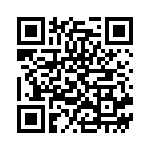