John Berendt (born December 5, 1939) is an American author, known for writing the bestselling nonfiction book Midnight in the Garden of Good and Evil, which was a finalist for the 1995 Pulitzer Prize in General Nonfiction. He grew up in Syracuse, New York and majored in English at Harvard University. Berendt was once the editor of New York Magazine, and he also made a living by writing and editing for several magazines, with a regular column in Esquire. Berendt began traveling frequently experiencing his first trip to Savannah in 1982. After several return trips, he made Savannah his primary home. The best selling novel Midnight in the Garden of Good and Evil is Berendt's account of living in Savannah with the mix of people ranging from well-bred socialites to outrageous black drag queens. One morning, Berendt was informed that Jim Williams, an antique dealer and owner of the Mercer House, had shot his housemate Danny Hansford. The story centers around the murder and the bizarre events following the shooting that led to Williams' four murder trials, a Georgia record. Berendt is also the author of The City of Fallen Angels, which is set in Venice.

Dave Eggers was born on March 12th, 1970, in Boston, Massachusetts. His family moved to Lake Forest, Illinois when he was a child. Eggers attended the University of Illinois at Urbana-Champaign, until his parents' deaths in 1991 and 1992. The loss left him responsible for his eight-year-old brother and later became the inspiration for his highly acclaimed memoir "A Heartbreaking Work of Staggering Genius". Published in 2000, the memoir was nominated for a nonfiction Pulitzer the following year. Eggers edits the popular "The Best American Nonrequired Reading" published annually. In 1998, he founded the independent publishing house, McSweeney's which publishes a variety of magazines and literary journals. Eggers has also opened several nonprofit writing centers for high school students across the United States. Eggers has written several novels and his title, A Hologram for the King, was a finalist for the 2012 National Book Award. His most recent work of fiction, entitled The Circle, was published in 2013. His recent nonfiction books are The Monk of Mokha (January 2018) and What Can a Citizen Do? (Illustrated by Shawn Harris)(September 2018).

Pico Iyer was born in Oxford, England to Indian parents, who immigrated to California in 1957. He received a B.A. and M.A. from Oxford University and a second masters degree from Harvard University. From 1982 to 1985, he was a writer for Time magazine. Following a leave of absence to visit Asia, Iyer wrote Video Nights in Katmandu: And Other Reports from the Not-So-Far East. In 1986 he returned to Time as a contributor. He also contributes regularly to Conde Nast Traveler magazine. Pico Iyer has written several other travel books including The Lady and the Monk: Four Seasons in Kyoto; Falling Off the Map: Some Lonely Places in the World; and Tropical Classical: Essays from Several Directions.

Alexander McCall Smith was born on August 24, 1948 in Zimbabwe. He was a professor of medical law at the University of Edinburgh, but he left in 2005 to focus on his writing. He has written over 60 books, including specialist academic titles including Forensic Aspects of Sleep and The Criminal Law of Botswana, short story collections including Portuguese Irregular Verbs, and children's books including The Perfect Hamburger. He is best known for the No. 1 Ladies' Detective Agency series. He also writes the Corduroy Mansions, Isabel Dalhousie and 44 Scotland Street series. He has received numerous awards, including The Crime Writers' Association Dagger in the Library Award and the 2004 United Kingdom's Author of the Year Award. His book, The Full Cupboard of Life, received the Saga Award for Wit in the United Kingdom. In 2007, he received a CBE for his services in literature.

Jane Smiley was born in Los Angeles, California on September 26, 1949. She received a B. A. from Vassar College in 1971 and an M.F.A. and a Ph.D from the University of Iowa. From 1981 to 1996, she taught undergraduate and graduate creative writing workshops at Iowa State University. Her books include The Age of Grief, The Greenlanders, Moo, Horse Heaven, Ordinary Love and Good Will, Some Luck, and Early Warning. In 1985, she won an O. Henry Award for her short story Lily, which was published in The Atlantic Monthly. A Thousand Acres received both the National Book Critics Circle Award and the Pulitzer Prize. 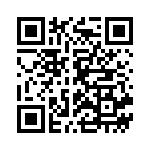