Albert Speer, "Hitler's architect" and the Minister of Armaments and War Production (after his predecessor's death in 1942), is the only high-ranking Nazi official who accepted, really, any blame for ... Vollst‰ndige Rezension lesen

This book is a masterpiece of intellectual biography. If you have an interest in WWII or National Socialism--especially the operational aspects of the war for Speer was head of war material toward the ... Vollst‰ndige Rezension lesen

Her previous books include Into That Darkness, Albert Speer: His Battle with Truth & most recently Cries Unheard. Born in Vienna, she lives in London. 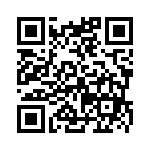