Good rebuttals to a lot of classical liberal/libertarian/free-market stuff I've read in the last few years. He's pro-capitalism, as long as the "market" is controlled to some extent by society for the greater good and is not allowed absolute freedom to go its own way. Very readable and concise. Vollständige Rezension lesen

The 23 things of the title are specific criticisms the author makes against “Free Market” economics. I read and enjoyed his earlier book, “Bad Samaritans”. I enjoyed this book as well, but with have ... Vollständige Rezension lesen

Born in South Korea, No 1 International Bestselling Author Ha-Joon Chang is a specialist in development economics and Reader in the Political Economy of Development at the University of Cambridge. In 2005, Chang was awarded the Wassily Leontief Prize for Advancing the Frontiers of Economic Thought. He is author of Kicking Away the Ladder: Development Strategy in Historical Perspective (2002), which won the 2003 Gunnar Myrdal Prize, and Bad Samaritans: Rich Nations, Poor Policies and the Threat to the Developing World (2007). Since the beginning of the 2008 economic crisis, he has been a regular contributor to the Guardian, and a vocal critic of the failures of our economic system. 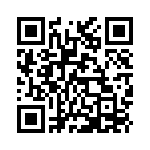